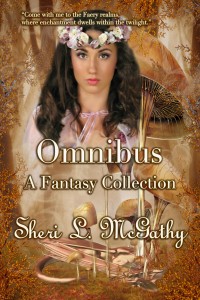 Four timeless tales from Sheri L. McGathy, together in one fantasy collection:

~ THE BIRTH OF SPRING ~ When the Winter King stays the wheel, refusing to allow the season to turn, the Summer Queen has no choice but to declare war. Yet, there is one within the southern realms unwilling to see the peoples of Faery wage war. Astara, daughter of the Summer Queen, has taken it upon herself to journey alone to the northern realms, seek out the Winter King, and beg him if she must, to release the wheel. The season must be allowed to change.

~ THIEF OF DREAMS ~ Nerys Devi has met the man she could love with all her heart, the one she would share her dreams with. Yet, fate has other plans. Instead of sharing her dreams, will he now be doomed to haunt them?

~ THE ANCIENT ONE ~ When Talwyn followed her people, the Golden, from the mist, she found herself reborn into a wondrous world of greens and blues and light and warmth. When she heard the spirits within the trees call out to her, she found again the oneness she thought lost to her forever. When the spirits showed her a future that would see her beloved trees destroyed, Talwyn vowed to protect them, even if it meant never returning to the mist again. Within the swirling mists of time, fanciful whispers give birth to wonders beyond any known reality and shape a single moment into legend. This is one such tale.

~ WHERE LIES BEAUTY ~ When Tanner is hired to find the mythical city of Sha-da-nay, little does she know that what she seeks is far different than what she’ll find. For buried in the darkest depths of the Hagath Forest is a truth that can set her free, if only she is willing to truly see WHERE LIES BEAUTY