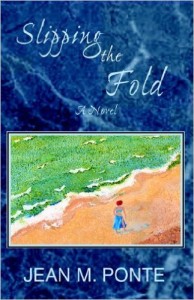 Catherine’s rash and unprecedented action of running off on her vacation without her husband has put her in a state of high anxiety. “She feels isolated, not just behind the car windows as she drives along, but as though stuck between two soundproof pieces of glass, flattened and sealed, separate from her brain.” As proof that Charles, her husband, loves her more than his demanding job, she assumes he will immediately get in touch with her and either entreat her to return to Chicago or join her at the family cottage. He does neither for over a week and by then it is almost too late. Catherine’s vulnerability and need for attention have already eased her into new relationships. Sheer loneliness and depression pull Catherine like undertow first into a sexual relationship with Luke, field supervisor at the archaeological site nearby and then into one with Morgy, a former university friend who is a lesbian. Volunteering to help screen artifacts at the local historical fort has placed Catherine in a unique position to help identify the person responsible for stealing an expensive manikin from an exhibit and also the person who attempted to sabotage the archaeological digs. Ultimately, Catherine is faced with making the momentous decision whether to return to Charles and the “fold” or begin a new lifestyle.